Amphibious Venice Amphibious Ways of Living and Dying in the Anthropocene: Allies and Allegories for a Venice beyond the Apocalypse
My dissertation project (auto)ethnographically explores practices and prospects of an amphibious thinking(-feeling) on questions of living and dying in a Venice at the crossroads between living together with the tide and an impending doomsday.

A Venice at the Crossroads
The city of Venice, one of the richest in European cultural history, has always attracted the gaze of tourists, artists and philantropists acting as drivers of or presumed saviors from an impending doomsday. Especially since the 1960s, rising sea levels, record flooding and over-tourism drive a process of decay that is commonly described as a form of dying. Today, with the advent of the MOSE flood barriers, the COVID-19 pandemic emptying the streets of tourists, and a successful campaign against notorious cruise tourism, Venice is at an unprecedented crossroads: contemporary initiatives by local scientists and activists are evoking a "Venezia viva" by attempting to reconnect the city with the lagoon and its salt marshes revitalizing the unique socio-ecological system. As a paradigmatic case for Anthropocene relations, Venice now serves as a "thinking machine" (Settis 2016) for scholars from around the world for addressing the question of how to live with the rising tide in times of climate crisis. Against this backdrop, work that engages with what it means to die and to live appears especially relevant for decision-making on the future of Venice. I, thus, engage with questions of: Who or what is allowed to live in Venice and what are the qualities of life? How does dying take place, what does it mean for different actors and ultimately, who or what needs to die for others to live?

Salt and Eating as Allies and Allegories for Understanding Live and Death in Venice
Inspired by Queer Death Studies and an Environmental Humanities perspective on death in more-than-human worlds as well as Latin American feminism’s notions of life, I seek to explore Venetian ways of living and dying that go beyond human exceptionalism and modern Western binary thinking. While hegemonic imaginaries and grand solutions like the MOSE flood barriers separate human life from (more-than-)human death, nature from culture and land from sea disposing Venice of its amphibian body alive both in and above water, I (auto)-ethnographically explore the practices and prospects of an amphibious thinking(-feeling) that breaks with binary-thinking and –practice. For this, I collaborate with the local transdisciplinary project Tidal Garden, which brings together scientists, artists, chefs and designers to (re-)place the lagoons salt marshes on the cultural (food) landscape of Venice through the cultivation of edible halophytes. While life in the lagoon is structured by salt above and under water, salt is also significantly involved in the process of decay of the city's foundations. I work with salt and the closely related process of eating as allies and allegories for an amphibious understanding and imagining of life and death in a Venice at the crossroads. 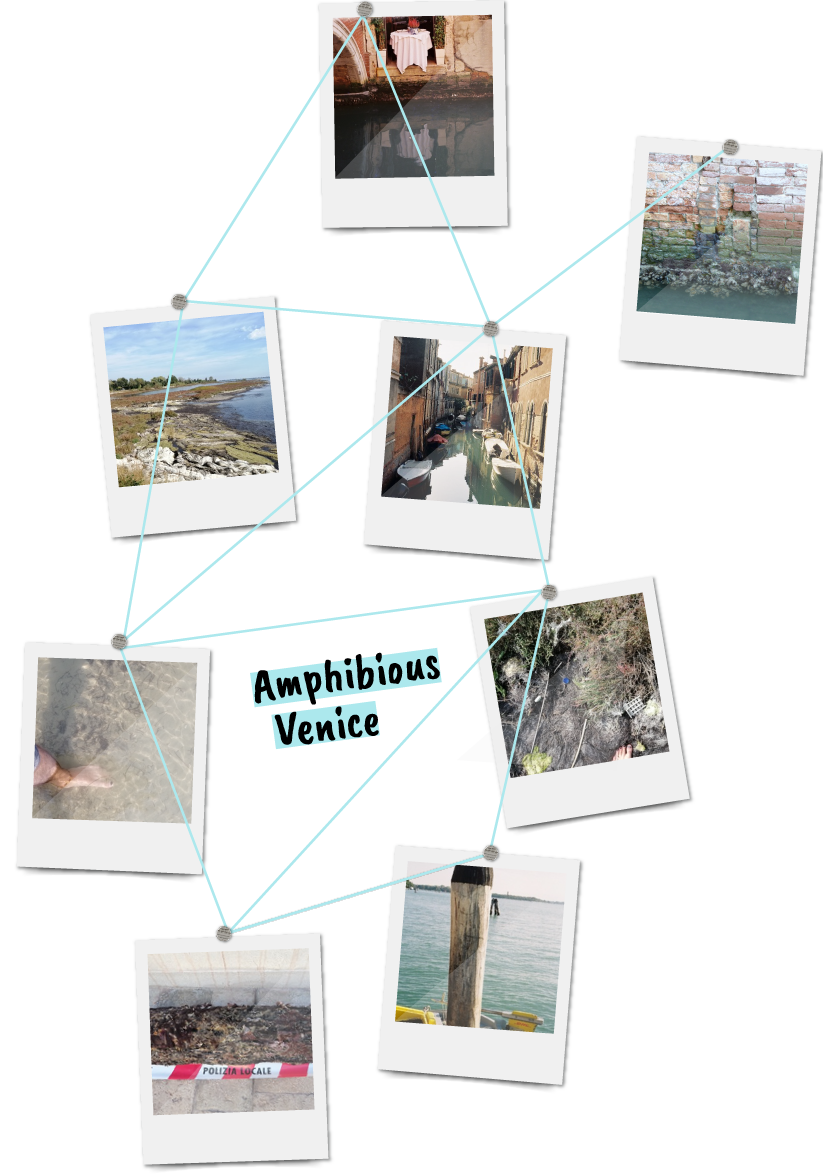