This project examines the discursive as well as practical implications of newly developed technologies for both humans and sharks, as well as for the relation between humans and the sea in such maritime contact zones.

Technological innovations for shark-bite mitigation
In recent years, human-shark encounters in the Indian Ocean have sparked highly controversial debates over humans’ right to the sea. While sharks pose a danger to humans which some wish to eliminate, at the same time they are endangered themselves and demand protection as a crucial part of marine ecosystems. Hence, in an attempt to solve this conflict of interest, different technologies are currently developed and used to mediate human-shark encounters. While some technologies still aim at a clear separation between humans and sharks, others, however, rather strive for a joint, yet less risky use of space, thus resonating with concerns of a more-than-human geography.

Mediating the “shark crisis” in La Réunion
So far, the empirical research has centered on social media analyses and the interpretation of press as well as research reports on the different shark-bit mitigation strategies used to tackle the so-called shark crisis in La Réunion. Asking whether these socio-technical interventions can be productively interpreted in light of posthumanist calls for more convivial relationships between humans and wildlife, this project wishes to contribute to current theoretical reflections on the relation between humans, technologies and the sea and their potential for less anthropocentric maritime spatial orderings. 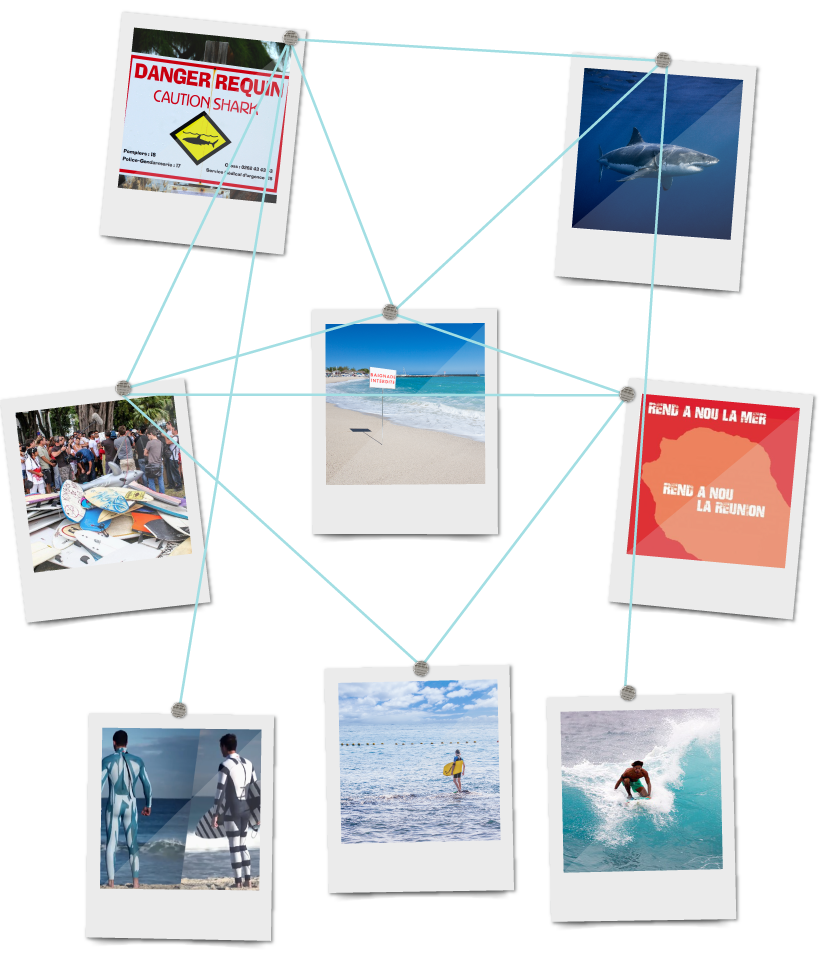