Based on the widespread interest in design within the social sciences as a way to both reform research methodologies and to approach the contemporary challenges of the Anthropocene, this project investigates the potential of a geographic engagement with design.

Design at a crossroads between self-emancipation and reinvention
Design has undergone a great transformation. Originating from the arts and craft sector it enabled industrialization and emergence of mass consumerism in the second half of the 20th century. In the contemporary moment, design is entangled in all aspects of social life. Apart from its core area of application in industrial production, design (and its epistemologies) is omnipresent in how social life is shaped, organized and brought about. Either applied as a methodology to organize processes (design-thinking/designerly ways of knowing) or in its materialized form as an object, design is intimately involved in the social, cultural and political fabric of life. Thus, in light of the Anthropocene, design finds itself in a paradoxical situation. On the one hand it is accused of being complicit with the multiple crises of modernity. On the other, design is meant to contribute its fair share to tackle global and complex challenges such as climate change or structural inequality. However, critical voices within design theory and the social sciences urge for caution. In order for design to be a transformative force it requires to question its ontological dimensions and refine its philosophical grounds.

Towards a geographic take on design
Within such debates, geographical engagement with design as a phenomenon has been scarce to date. Accordingly, this project attempts to further scrutinize the ontologies, epistemologies and politics of design in its various forms and areas of application. In so doing, I wish to shed light on an area of study and analysis that can potentially be labeled as the geographies of design or design(ed) geographies. 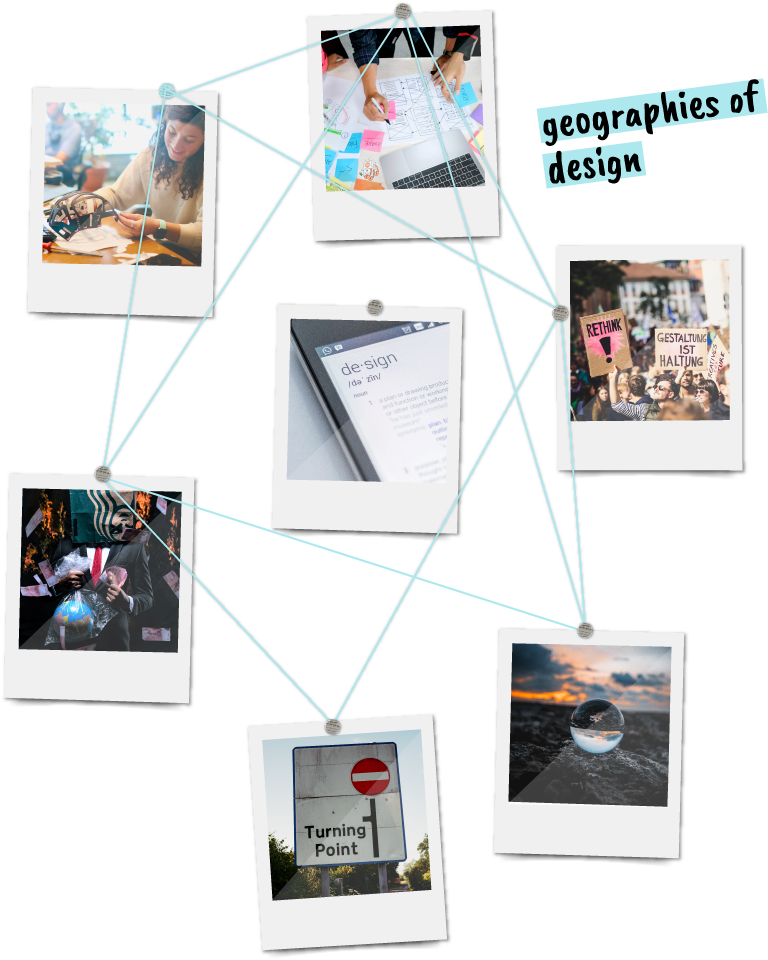